If we want to impart education best suited to the needs of the villagers, we should take the vidyapith (university) to the villages. Mahatma Gandhi

The Bodhi School uses an activity-based pedagogy. Curriculum, assessments, and frameworks are contextualized, such that learning is interesting and engaging. Students learn how to apply concepts to their daily life—how math can be used in managing farming, for instance.

In addition to academics, Bodhi students participate in the arts and sports. They sing, dance, and act in cultural programs; they play on sports teams. Bodhi’s integration of co-curricular activities results in holistic development. Students also come to enjoy learning and look forward to coming to school.

Since many Bodhi students are first-generational learners, Bodhi also provides opportunities for students to interact with role models, such as doctors, engineers, and entrepreneurs.

Teach for India's first rural fellow, Aditya Bandari, has always been civic-minded. His experience volunteering with a political party in college inspired him to explore where mindsets are formed: an...

Highlights from the experiences of Tisch Summer Fellows, 2017 (created by Claire O'Donnell)

Teach for India's first rural fellow, Aditya Bandari, has always been civic-minded. His experience volunteering with a political party in college inspired him to explore where mindsets are formed: an exploration that he believed he could best undertake in the field of education, after he realized that it is not organization people lack but education. Aditya has an intriguing background and diverse interests. While studying aircraft maintenance engineering, he simultaneously completed a BBA from Osmania University via distance education. He is proficient in French and Italian, with a B2 in French from Allianz Francais. He cites participatory governance and public administration as his main interests. Well-read and humble about his accomplishments, he strikes you as the kind of person who is always learning. Exactly the kind of person you would want to become a teacher. Aditya became a Teach for India fellow in 2015. Through Teach for India, fellows are assigned to ‘under-resourced schools’ in ‘low income communities’ for two years. Aditya started out in secondary education in a government school in Hyderabad. In his second year, he took the opportunity to transfer to Bodhi to explore a rural setting and a younger set of students. Aditya is observant and proactive, and always has a number of projects in the works. He has begun shifting textbooks to SCERT, the state syllabus, because he believes they have a strong and application-oriented curriculum. He has implemented teacher training programs for the other teachers and aims to bring them to a level where they can independently enhance themselves. He has classified the books in the library, pulling out relevant and useful materials, which has resulted in a library period for all the grades. With him, students have begun a farming project, growing vegetables. Aditya also wants to “co-teach” – have teachers assist and teach in his classroom so that he can share his experiences and collaborative learning can happen in a non-judgmental atmosphere and teachers can take that learning back into their classes. Aditya is inspired by Vigyan Ashram’s concept of work-centric education. He wants students to learn on three levels: academics, values and mindsets, and access and exposure. His vision for his students is for them to be curious about themselves and the people around them. Children, he says, show interest in learning only when it makes sense to them. Education should equip children with life skills. “Being in the TFI structure has given me a lot of space and time to spend with the kids, to learn, to teach, to understand those interactions. Bodhi has given me the space to learn from students in the rural environment.”

Highlights from the experiences of Tisch Summer Fellows, 2017 (created by Claire O'Donnell) 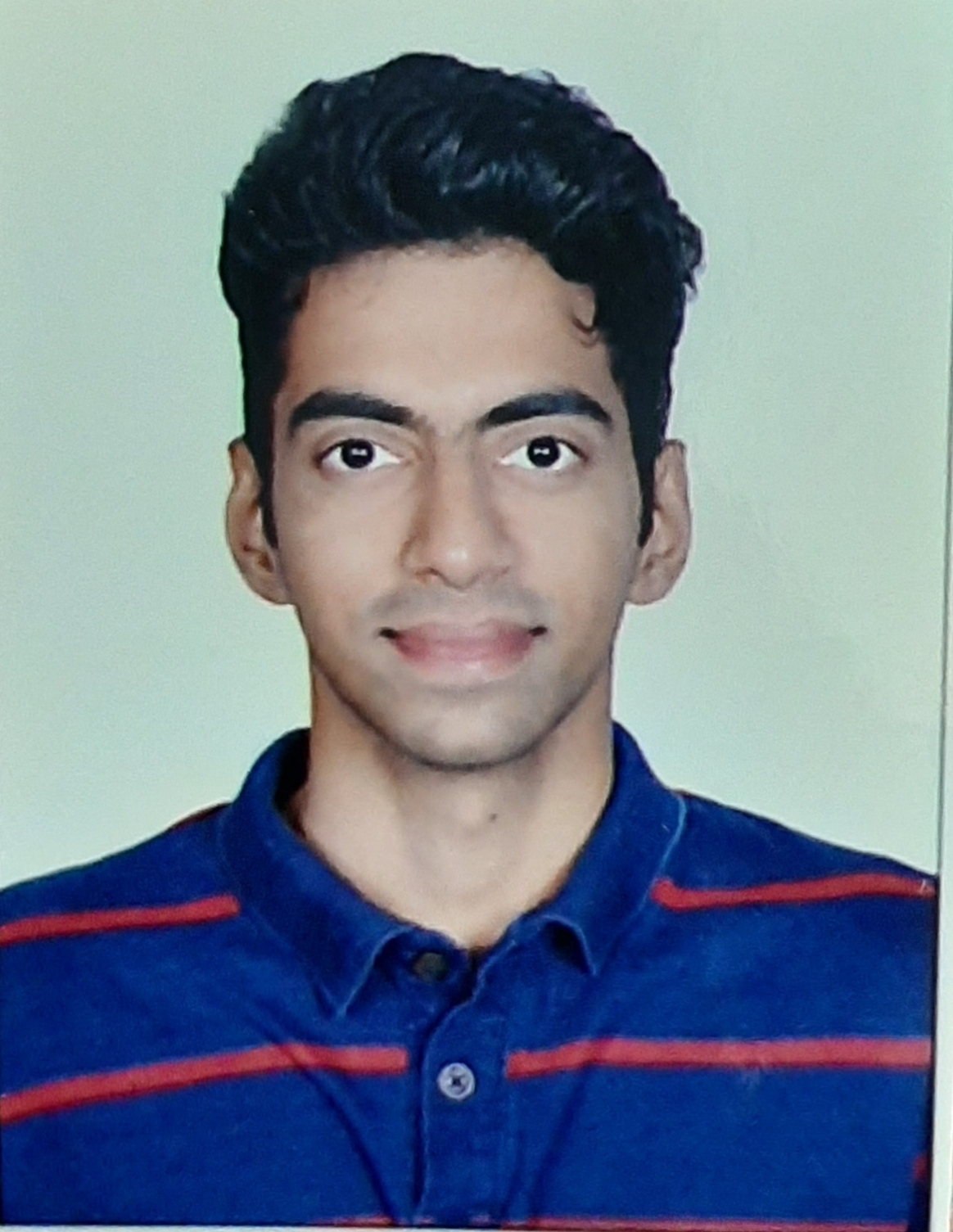 Phani Krishna is a cross-over from mainstream sciences to education sector. He went on the 15-day of Jagriti Yatra with 400 young dedicated yatris across the length and breadth of the country that helped shape a prescriptive on the development sector and the imputes to work with the under-privileged through education. After graduating from GITAM University as a Biotechnology Engineer, he took the challenge of -2- year fellowship with Teach for India, intervening in higher grades in a low-income private school in the old city of Hyderabad. For his ability to shoulder additional responsibility, Phani was one among the seven fellows’ chosen across the country to mentor fellows in Hyderabad with pedagogy and teaching practices. During his engineering days, he worked part-time in an innovative marketing start-up firm ‘Alloy’ to help grow its branding and clientele from the grassroots level. Phani presently serves as School Leader at Bodhi School to improve Academic Outcomes and support with overall administration of the school. 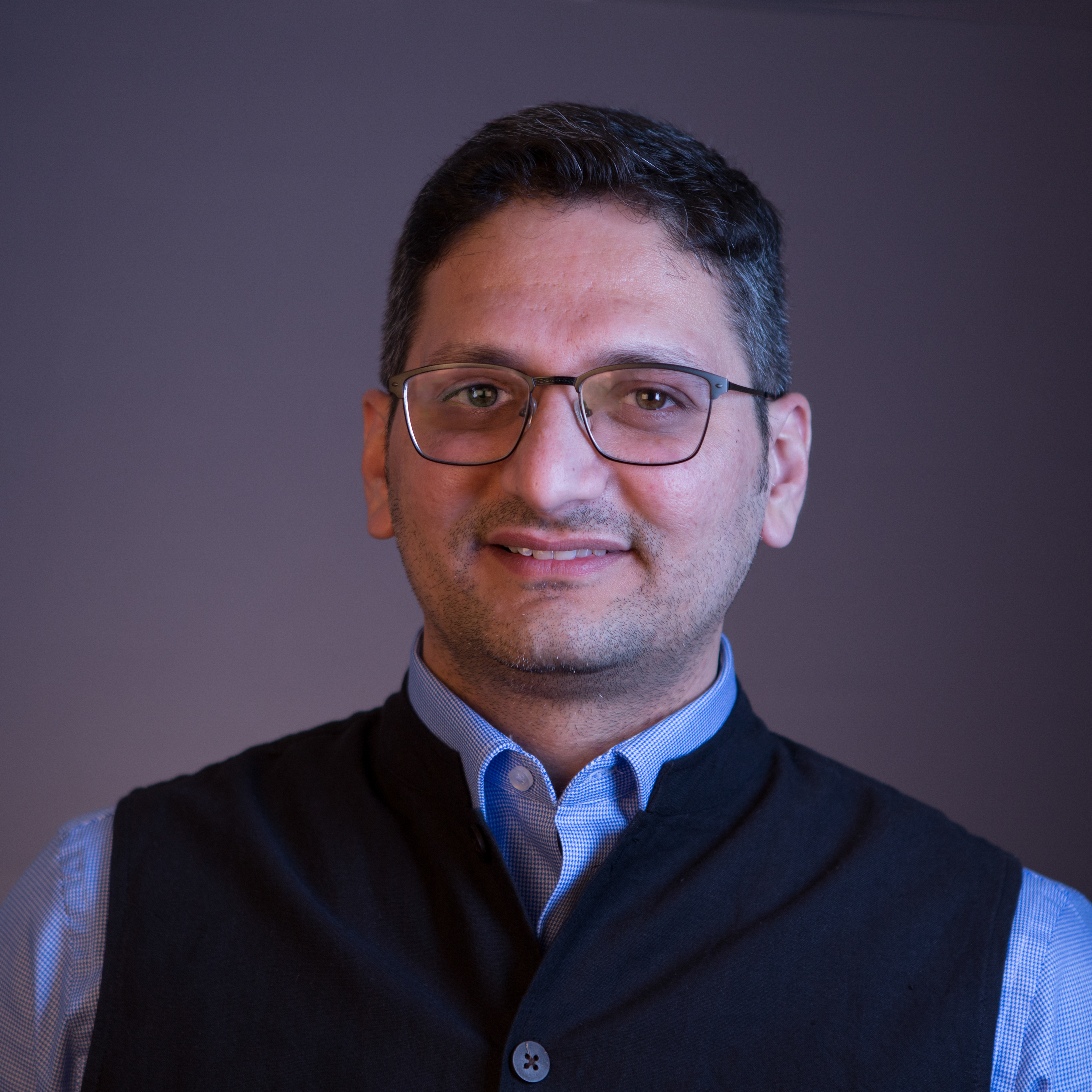 Sivani Shankar has 9 years of experience in the field of development.  After interning with the Times Media and Standard Chartered Bank, Sivani joined Bharat Financial Inclusion Ltd. as a Communications Associate. He went on to become Chief of Staff for the Office of the Chairperson, assisting with a wide range of responsibilities including stakeholder management, program management, field operations, and communications. He also played a role in key initiatives such as the management of the Bodhi School, the design and implementation of client protection, and an innovative initiative to use microfinance for mass deworming.  After Bharat Financial Inclusion, he headed Human Resources for the start-up financial inclusion company, Vaya Financial Services. Thereafter, he became Head of Inclusive Finance India Initiatives at ACCESS ASSIST - a national think tank that works on strengthening the ecosystem for advancing financial inclusion. He was also responsible for stakeholder management and leading key projects for the CAMPAIGN 2020 - Universal Financial Inclusion. He currently serves as the VP of Vaya Trusts. He also serves as a Trustee of The Mitta Foundation which provides vocational and primary education in the urban slums of Hyderabad. Sivani holds an Honors Bachelor’s Degree in Commerce from Osmania University in Hyderabad. 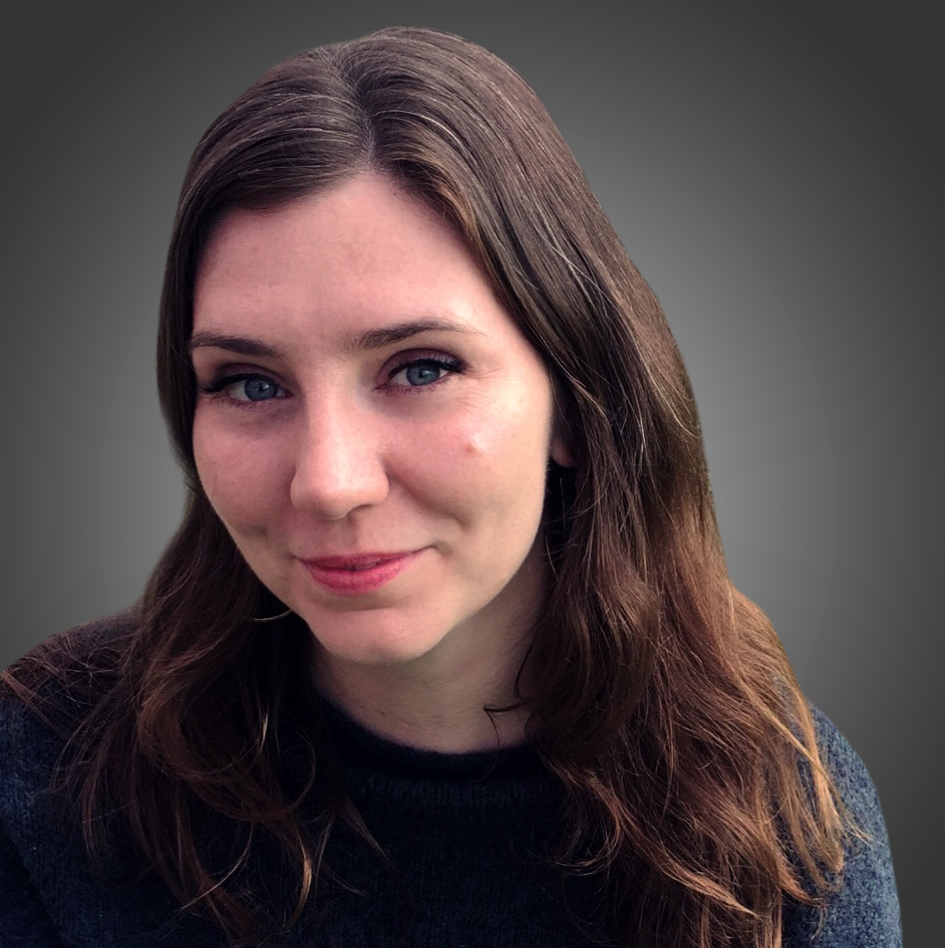 Dominique Godat is an educator with a focus on early childhood. She is currently a Lead Teacher at Harlem Children's Zone in New York City. She has also taught at the International School of Hyderabad in India and M.I.L.: The Language Center in Japan. In 2014, she joined joining Teach for America and spent two years teaching at the Community Action Project in Tulsa, Oklahoma. She holds a B.A. in English and American Literature from New York University and will soon start a M.S.Ed. program with a concentration in Educational Studies/Early Childhood at Johns Hopkins University. 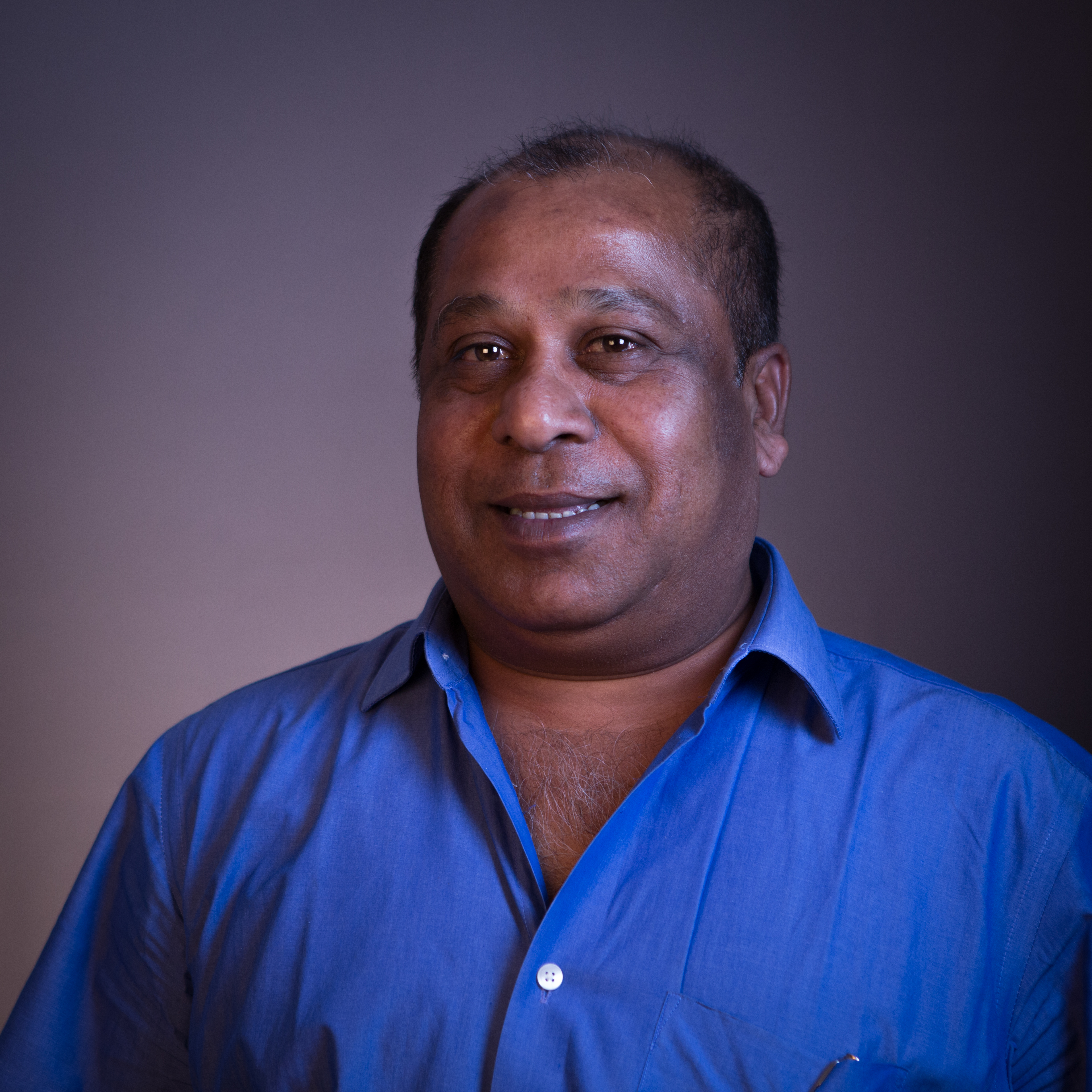 Krishna is a partner in the Chartered Accountants firm Sampath & Ramesh. He has over 20 years of experience as a Chartered Accountant. He has conducted a cancer screening camp with Aranya Agriculture Alternatives and Kodela Satyanarayana Memorial Charitable Trust in collaboration with Indo American Cancer Research Institute, Hyderabad. The camp garnered over 1,000 participants.

Krishna has audited government organizations, non-governmental organizations, and educational institutions. He has audited the Society for Elimination of Rural Poverty, a child labor project, the District Sports Authority, the Centre for World Solidarity, the Centre for Peoples Forestry, Gram Abhyudaya  Mandali, the Centre for Rural Studies and Development, WASSAN, Mahindra Satyam Foundation, the International School of Hyderabad, Vani Educational Society, RBVRR, and the Institute of Insurance and Risk Management. 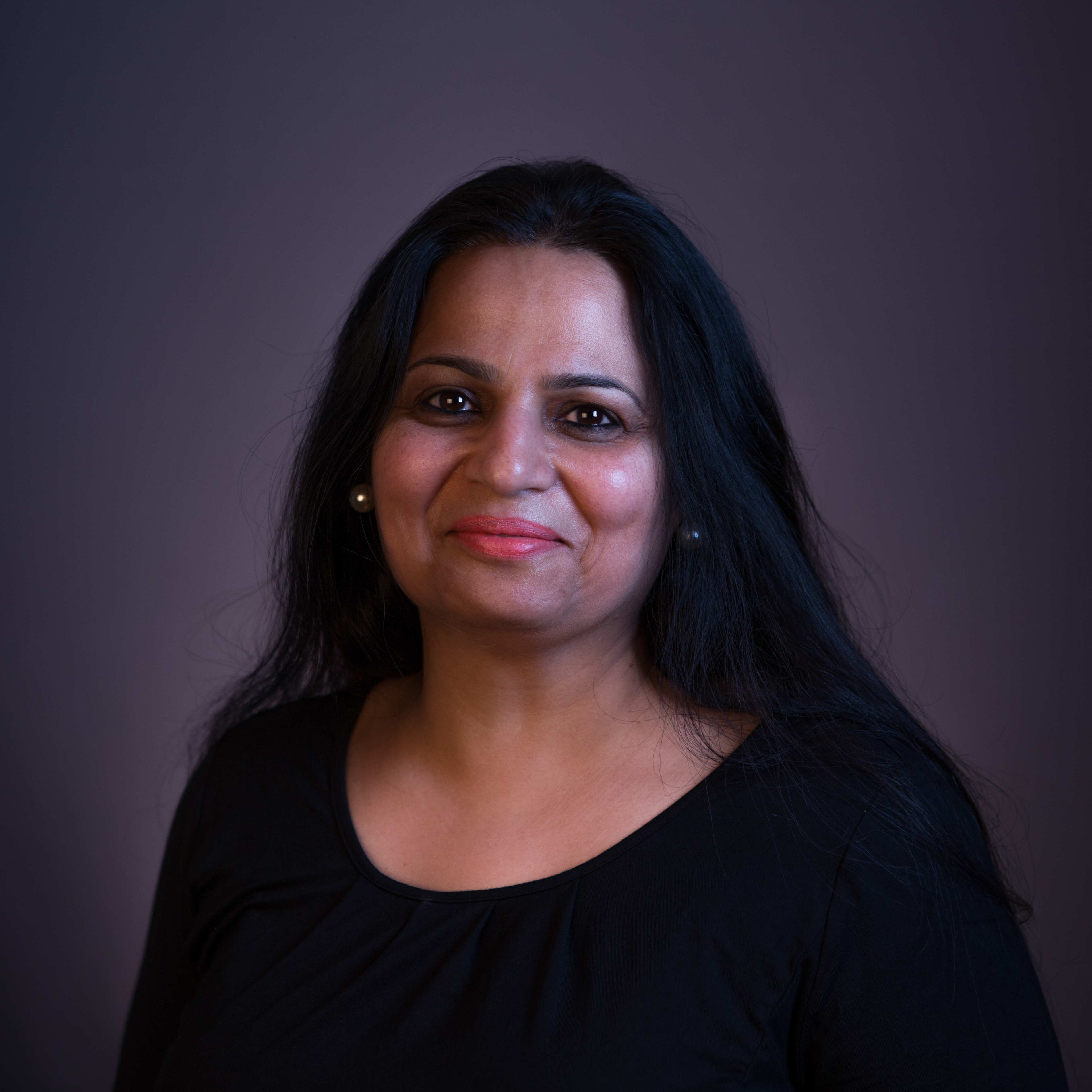 Bhavna specializes in Leadership Coaching and Training. She is certified as a coach by the International Coaching Federation and is the founder of Talent Power Partners. She has worked in technology start-ups and Fortune 500 companies within the education, retail, banking, consulting, NGO and technology industries. She has lived and worked in South Africa, the United States and India.

Bhavna holds a Bachelor’s in Electronics from Bombay University, an M.B.A. from I.I.M. Calcutta and PCC and ACC certification from ICF. She is the author of Team Decision Making.

Padma is a social worker with over 20 years of work experience with rural farmers. Her areas of expertise are institutional development, irrigation, and gender.

Padma has an M.A. in Political Science from Osmania University and an L.L.B. from PMR Law College in Hyderabad. 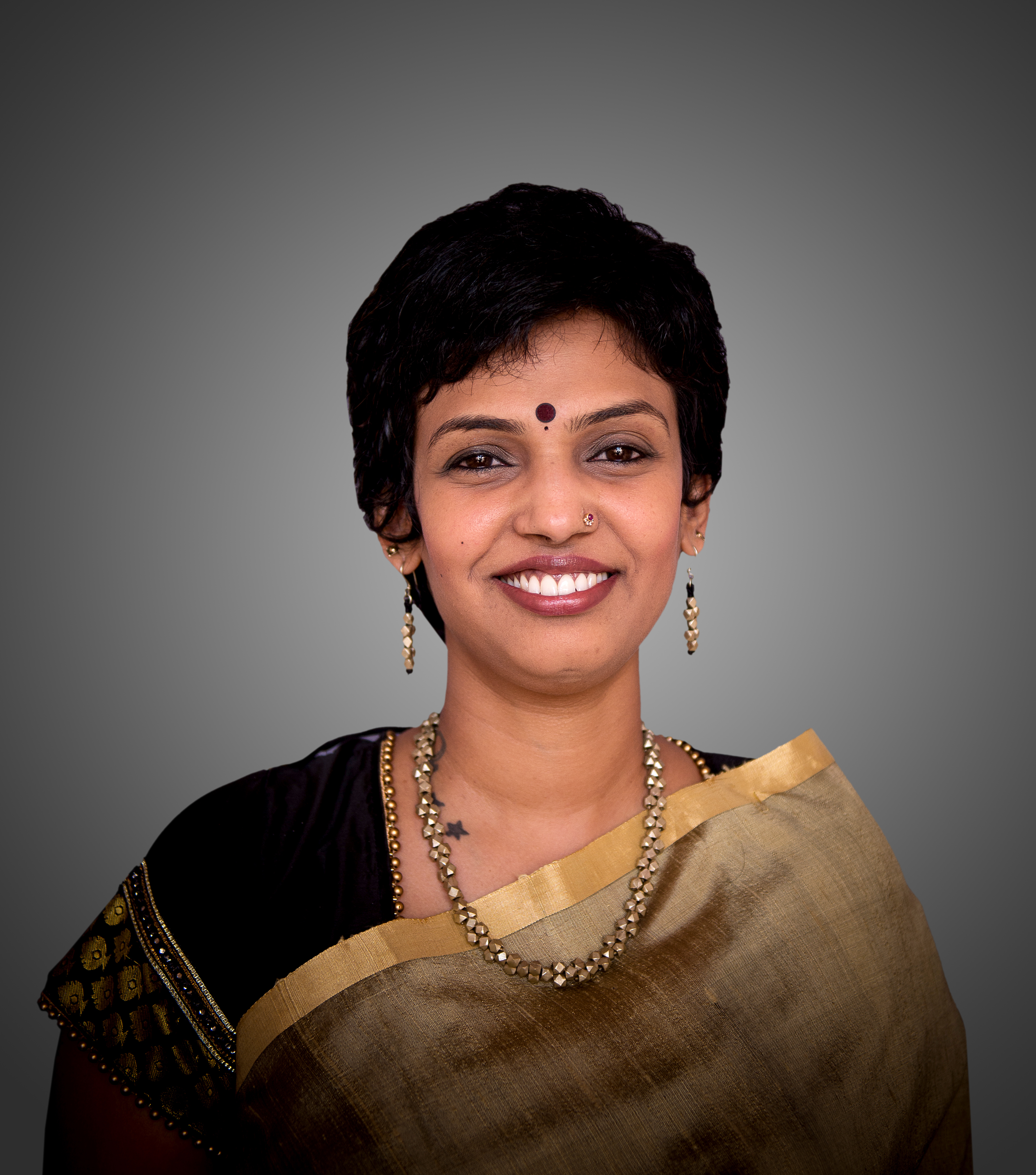 Anusha has worked in development for 15 years, and she is the Executive Director of VOICE 4 Girls. VOICE 4 Girls is a social enterprise whose mission is to help eliminate gender inequality and violence; the non-profit organization educates and empowers marginalized adolescent girls. Under her leadership, VOICE has impacted over 31,000 underprivileged adolescent girls in government schools across the Indian states of Andhra Pradesh, Telangana, Uttar Pradesh, Tamil Nadu, and Uttarakhand. VOICE has engaged over 1,700 college students as interns to support VOICE conduct camps. She is now working towards expanding operations to two more states in India, taking VOICE programming to a total of seven states.

In the past, Anusha has worked closely with government-led programs and community-based organizations in the development of policy and practice. Her core expertise is in gender, girls' education and health, adolescent health, public health, water and sanitation, and rural development. Her commitment and leadership is demonstrated by her selection as an Asia Pacific Leadership Fellow (2013-14) and into the East West Center, USA and Harvard-Dasra Social Impact Leadership Program (2014-15). She is also  on the NSS Advisory Committee in Hyderabad Central University. 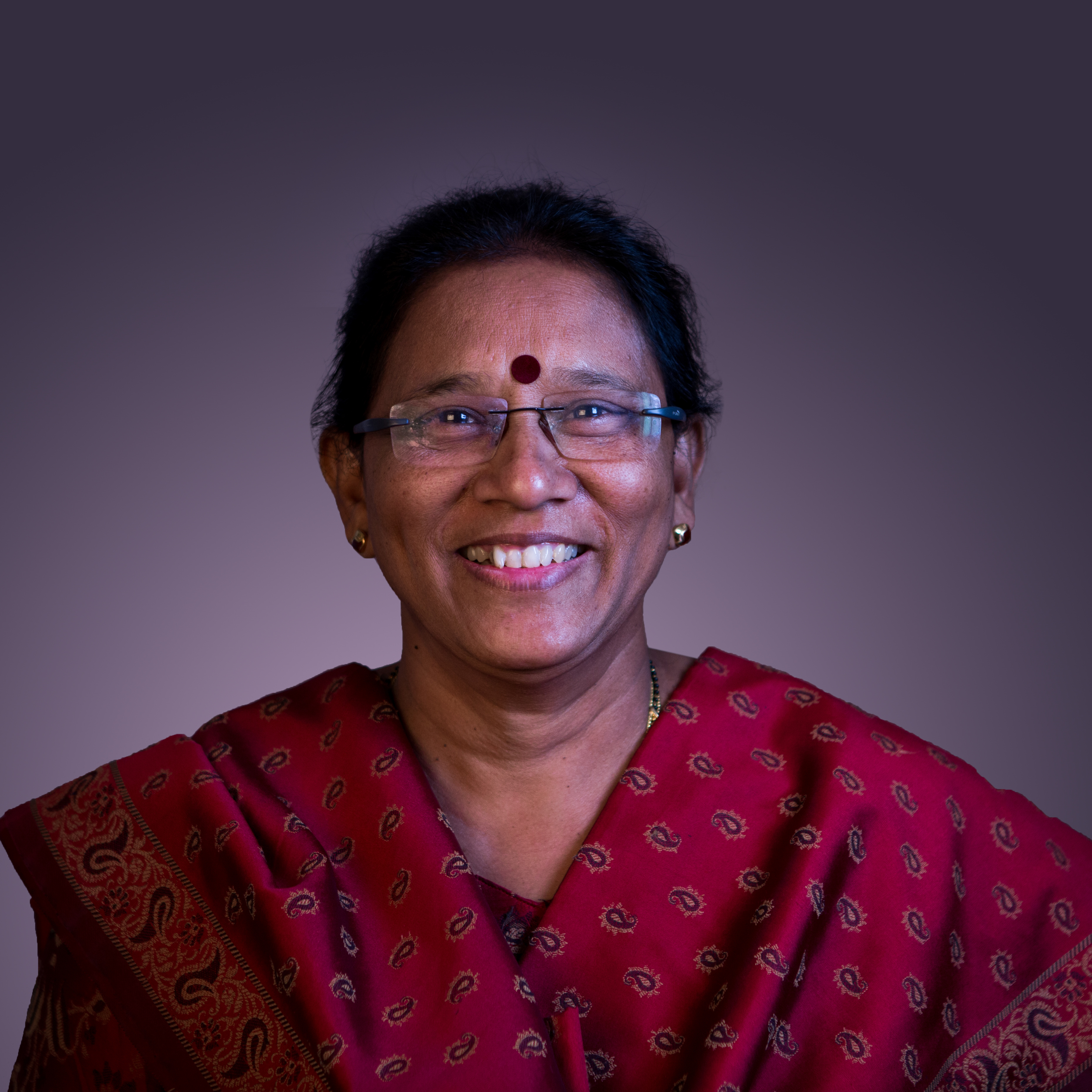 Asha is the headmistress of Siva Sivani Public School and has 30 years of teaching experience. She has supervised board examinations and evaluations and created and implemented a creative language program for schools. Several of her students have achieved merit status in their state final examinations. She was the organizer and coordinator for the State ISC and ICSE Sports Meet and also played a key role in organizing the All India ISC & ICSE Principals Meet.

Asha has an M.A. in English Language and Literature and an M.A. in History and Archeology from Osmania University. She has been certified through Oxford University and the Test of English for the International Communication Program. Her areas of expertise are creative writing, classics and modern language, history, English, and phonetics and pronunciation. 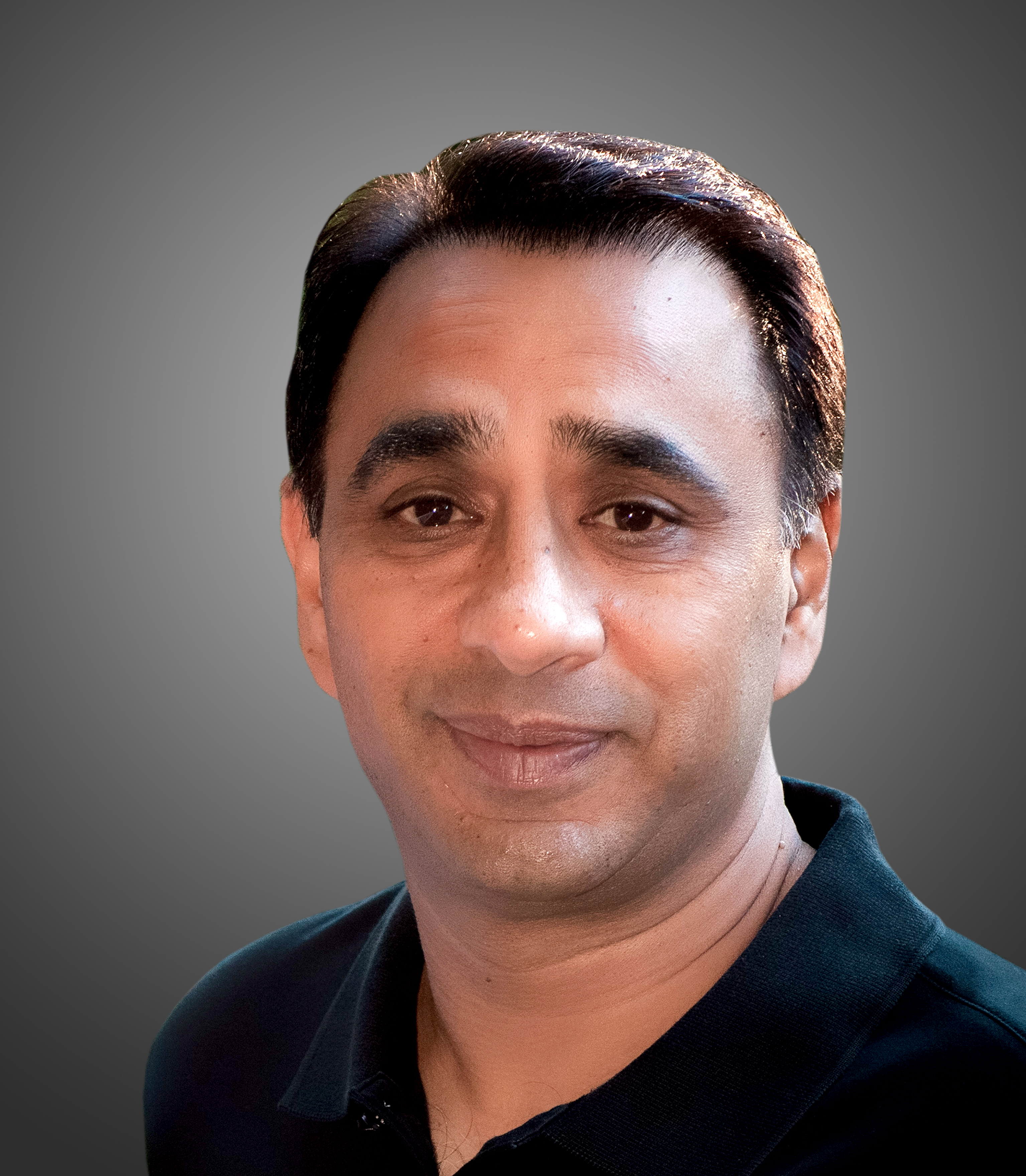 Vikram began working in rural development in 1990 as a grassroots social worker. In 1997, he founded Bharat Financial Inclusion or BFIL (formerly SKS Microfinance), which became one of the world’s largest microfinance companies. Vikram led BFIL to its IPO in 2010, steering BFIL to reach a market capitalization of $2.2 billion and an outreach of 7.3 million low-income borrowers across 120,000 villages. Vikram left BFIL in 2012 and is Chairperson Emeritus. He joined Vaya, a start-up financial inclusion company, in 2014.

For his work in financial inclusion, TIME Magazine named him one of the 100 most influential people in the world in 2006. Vikram was also named the Ernst & Young Entrepreneur of the Year in India (Start Up in 2006 and Business Transformation in 2010), the World Economic Forum’s Young Global Leader in 2009, the Schwab Social Entrepreneur of the Year in India in 2006, and is a 1998 Echoing Green Fellow. He has a B.A. from Tufts, an M.A. from Yale, a Ph.D. from the University of Chicago, was a Fulbright Scholar, and has worked with McKinsey & Company and the Worldwatch Institute.

He is the author of A Fistful of Rice: My Unexpected Quest to End Poverty Through Profitability (2010), published by Harvard Business Press. He is a Senior Fellow at the CEME at the Fletcher School of Tufts University, a Director in AgSri (a sustainable agriculture company) and in Bodhi Society (which provides education for under privileged children), and on the advisory boards of the Indian School of Business and the Tufts University’s Tisch College.